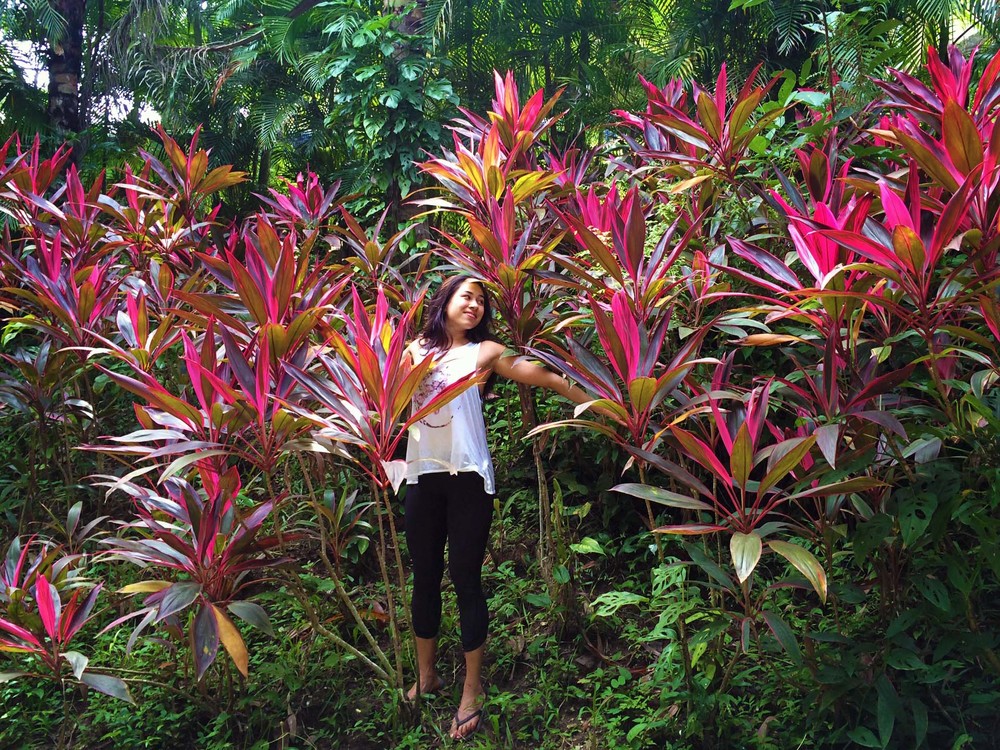 Before I went to Costa Rica, I was feeling stuck in every way possible.  I didn’t like my job. I was moving through the world on autopilot.  I stopped being an active participant in my life.  I wanted something, anything, that was not here, in this massive city of New York where I felt suffocated.  Sometimes the universe throws you a floaty right when you need it and says “hold on tight because we’re getting you out of here”.  Going to Costa Rica for a week with a group of people I barely knew seemed like a great solution.  As the new year approaches, I find myself thinking back to those amazing moments I spent in Costa Rica. Here are the most special lessons I've learned.

From our Retreat to Nosara, Costa Rica in November 2015. Created by Josh Allen.

1. Constantly challenge your perception of yourself. 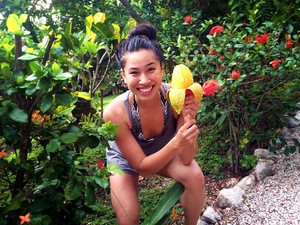 What if you allowed yourself the be the opposite of who you thought you were?  What if you gave yourselfpermission to be as big, as loud, as different, as magical, as you truly are, and that was supported by the amazing group of once-strangers now-family?  Yeah, that sounds like you should go to Costa Rica with SYB, where the entire community forges a safe space to take risk.  And sometimes, that means failing SPECTACULARLY.

Which leads me to… 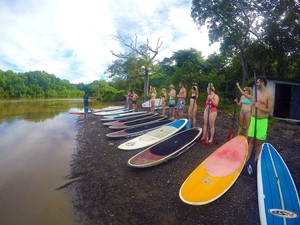 There was a moment when we first went surfing and I could barely hold the board, let alone make it past all of the waves that kept crashing on top of me.  Then, like a magical sea unicorn, Marcos saved me.  He held my board and pushed me along in the three-foot deep water.  He told me I was doing great when I kept body slamming into the surfboard.  And then he told me it was still okay even though I went back to shore and decided surfing wasn’t for me.  Lesson learned.  Fail spectacularly and magical sea unicorns save you. You just have to be brave enough to fail first or the unicorns won’t know you need saving. 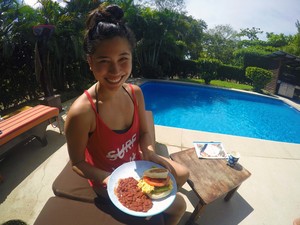 Eddie is a jack-of-all-trades. Eddie saves the day by making the most delectable meals ever. Eddie will save the day by getting you off that boat when you are so seasick you can’t see straight anymore. Thank you Eddie.

4. It’s never to late to start 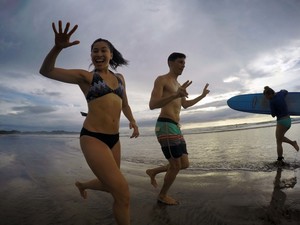 and sometimes you just need the courage of a friend to make that dream a reality.  I watched as the rest of our group climbed up a slippery rock face waterfall.  I wanted to get to the top but, I was too afraid.  Eddie saw that and decided to put aside his own fear and help me reach my goal.  We were climbing up when everyone else was headed down.  When we reached the top, I’ve never felt such an overwhelming feeling of gratitude for the power of nature and the support of a friend.  Then we had to jump off of the cliff in to the waterfall and all hell broke loose.

5. Who needs showers when you have the ocean and the rain? 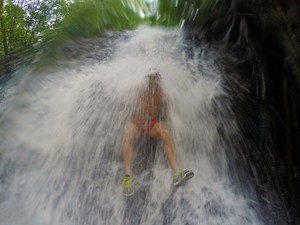 6. UNPLUG and CHECK IN 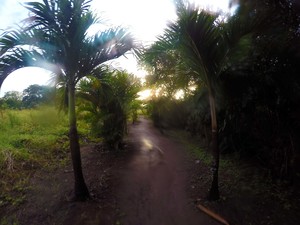 with yourself.  If asked to describe me, I think most people would say athletic, runner, ass-kicker, actor.  I’m always making playlists for class or life.  The thought of running without music, especially in NYC is – well it’s actually just not a thought.  Most of the people I encounter walking on the street or in the subway have headphones in and are just trying to tune out the world around them.  My pre-dawn no-music runs through the town in the jungle and on the beach were other-wordly.  As the jungle woke up, I could feel the energy shift because I had decided to envelope myself in the world around me.  Had I been plugged in, I wouldn’t have noticed the howler monkeys that were following me along the power lines and tree branches.  Unplug, look around.  The world is beautiful. You never know who you may meet. 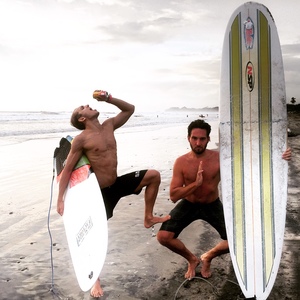 Basing is hard. Acro yoga is the ultimate trust fall.  You have to trust in the strength of your own body and you must trust that the other person will be there to support you, even if you’ve met them three hours ago.  Dave is a ninja and that is obvious but going upside down on another human (get your mind out of the gutter) is a whole different level of nija-ry.  Sorry if I face planted on your face.  We support each other so that we can take flight.  One person’s success does not exclude someone else from succeeding.  In fact, it’s much more enjoyable when we can group acro and all fly together.

8. Lean forward and hold on tight. 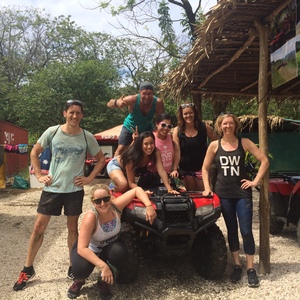 This is not just the advice that you will receive when climbing up a monster hill on an ATV just after a week of rain-soaked afternoons.  Traveling to a foreign country without a full grasp of the language or the people requires a ton of leaning forward and holding on tight.  Somehow we came out of the other side of both experiences filled with more joy. 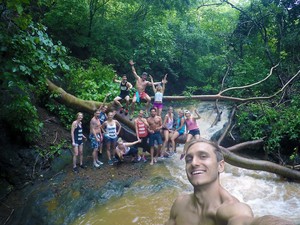 You will not regret your choice. 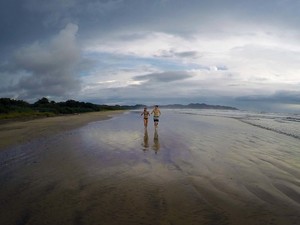 I say this a lot to my own students.  The way that you mentally and physically practice with yourself is the way that you stay.  In my own life, my yoga practice has become central to my being.  Where is the yoga, or the linking, in every moment?  How can I practice more generosity of breath and spirit?  How can I be more kind to myself and others? I don't believe that we can ever reach perfection, but we can strive for it.  Striving for it makes us better humans.  Throughout my time in Costa Rica, I was consistently challenged to be the best, most present version of myself.  I would have it no other way.

11.  Allow yourself to soak in the beauty of the ordinary. 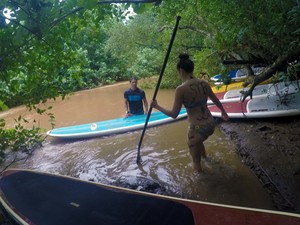 Sunsets, afternoon rain, running on the beach, swaying in a hammock.  Even the most simple moments are a culmination of those that have come before.  Why not celebrate them?  Let the feeling of simple and ease wash over you.  Bring that back in to your crazy city-living.

13. Believe in the magic of love at first sight. 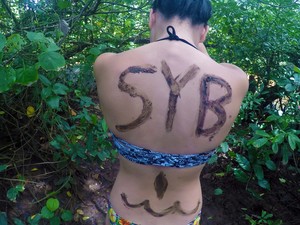 I love my friends.  I consider them a critical part of the fabric of my life.  Without them, it makes the world and all of the tasks we do meaningless.  The first person I met at JFK was a girl who told me her spirit animal was a willow tree.  That was it for me.  I knew that we were soul mates and meant to be friends; the universe was just saving the moment of our meeting until we could devote our entire attention on building that bond.  Geminis forever. 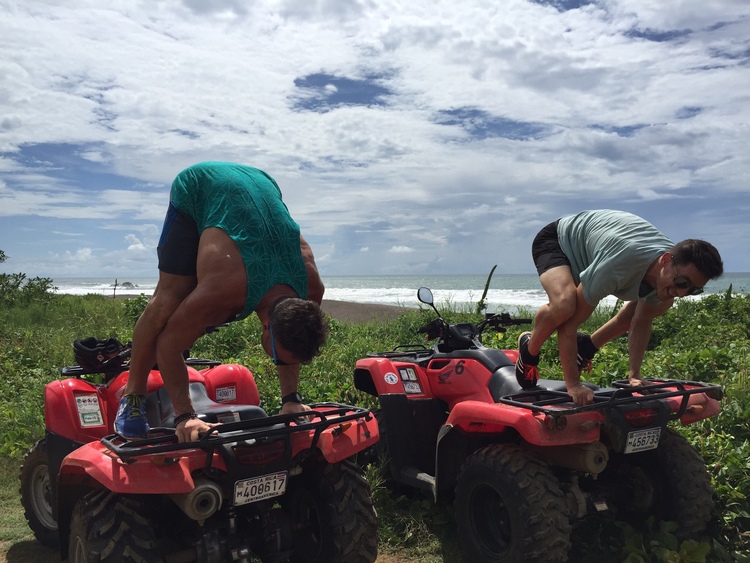 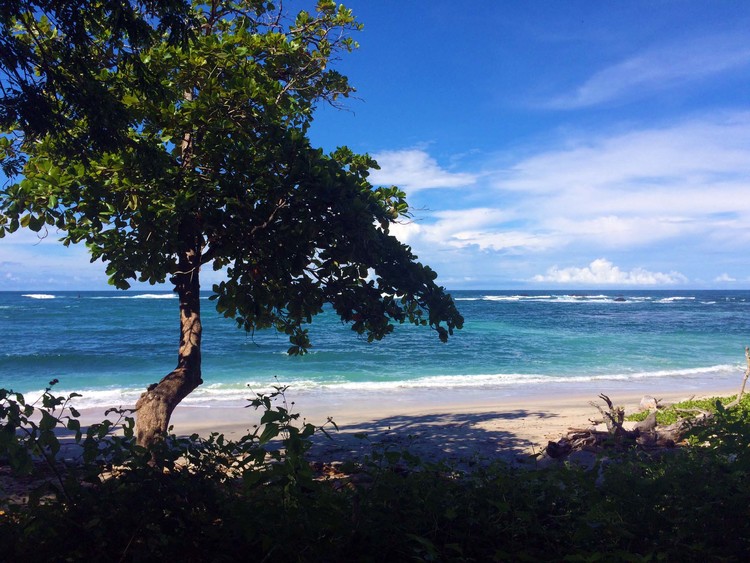 The week I spent in Costa Rica was exactly what I needed, to get away from hectic city living, to recharge my belief in myself, to replenish my thirst for adventure. The best part is that I got to take the relationships that I built, the memories that I created, back with me to New York.  I am filled with such gratitude and cannot wait to see what 2016 has in store for us!