Y’know, given this blog is by a travel company named SurfYogaBeer, it doesn’t talk all that much about beer.

There’s talk of tequila shots; there are posts on al fresco wine tasting; espresso martinis come up again and again.

If you’re joining the trip, you might want to jot these names down... 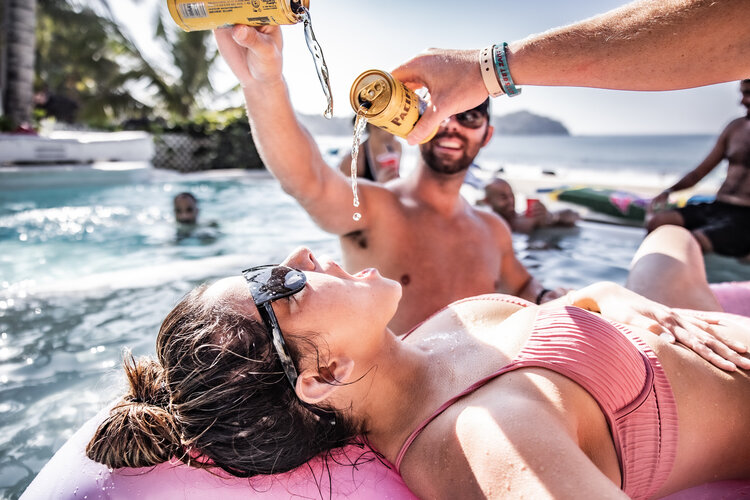 As a traveller, I promise you, you’re going to love Seven Island brewery. For a start, they’re currently based on the idyllic island of Corfu, dotted as it is with picturesque beaches and luscious green mountains. But they’re also an entirely nomadic operation. Yep, Seven Island refuses to put down roots, forever jumping from one spot to another to brew up a new round of their trademark wares. Maybe it’s their nomadic nature, or maybe the brewers really just don’t give a fuck, but these guys pay little attention to the fact they’re brewing amongst a sunny slice of island paradise. Given their location, they could easily just brew up simple thirst quenchers that’d go down a treat.

Take Cookies & Cream as an example. As a 12% imperial pastry stout brewed with a double helping of vanilla imported from Tahiti, it’s about as far from a standard lager as you can get. Authenticity is clearly important to the brewers, because they add both cookies and cream to this during brewing – these are far from artificial additives you’re tasting as you sip. The cookies and the cream flavours are genuinely coming from cookies and cream.

What, you don’t want a rich and indulgent dessert beer at 11am? In that case, you can always turn to Seven Island’s Mango Triple IPA. Or even their pilsner, an easy-drinking craft gem, which Seven Island introduced to the world with their middle finger up to ‘storyteller’ social media managers everywhere. (‘Let us tell you a story about one of the oldest styles of beer… naaaah’, the Insta caption read.)

There’s even a Hazelnut Moctezuma Imperial Stout on offer. With beers like that, who needs espresso martinis?! 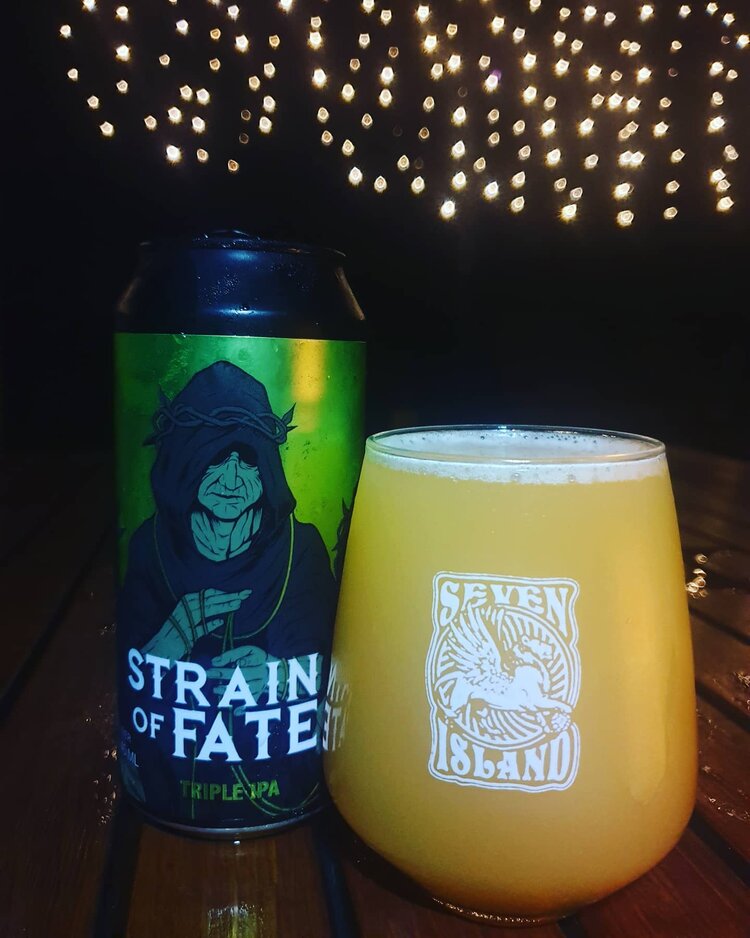 Like Seven Island, Strange Brew is a nomadic brewery. At the time of writing they’ve settled nicely into the Greek Island of Chios, where they brew up excellence amongst the emerald waters and medieval architecture.

You won’t find many Strange Brew beers that sound like desserts (maybe a good thing after getting to know Seven Island’s beers), but what you will find are welcome thirst quenchers to set the days off right. Strange Brew’s Lemonfarm saison is a good example.

Saisons were first brewed to refresh farmers after hot days out in the fields (anyone else wanna be a farmer all of a sudden?), and Strange Brew’s Lemonfarm saison lives up to the tale. A lovely lemony burst twinned with a nice, dry beer makes this seriously moreish. And, as you’re on holiday (that’s ‘vacation’ in American, btw)… well, it’d be rude not to wouldn’t it?

If you do get a chance to check out Strange Brew’s beers, make sure you try the beer that started it all for them, Jasmine IPA. Seriously, crack this thing open and smell the tropical fruit punch inside. You’re gonna taste exactly what you can smell here, so think apricots, pineapples and ripe, juicy mangos, too.

The final plus point about Strange Brew has to be their Facebook posts. They’re usually in Greek, so they’re nice and authentic, but they’re also kinda like a massive algebraic equation that no-one’s forcing you to solve.

Dark Crops are definitely underground as far as Greece's burgeoning beer scene goes. And that makes perfect sense given their beers are supposedly ‘inspired by hell’.

You won’t find Dark Crops brewing on an island paradise, so you’re going to need to seek out one or two of their beers in Athens.

Freezing Moon might be the most popular Dark Crops brew. A deep black double stout that’s more sophisticated tobacco and wood than it is gleeful cookies and cream. And if you like the sound of that, you’ll probably also like Non Serviam, an imperial stout aged in bourbon barrels that’s ‘as dark as Satan's pit of souls’.

By comparison, the classically named Dark Crops IPA isn’t nearly as blasphemous. It isn’t nearly as rich either, although sweet honey and eucalyptus make for something unique. 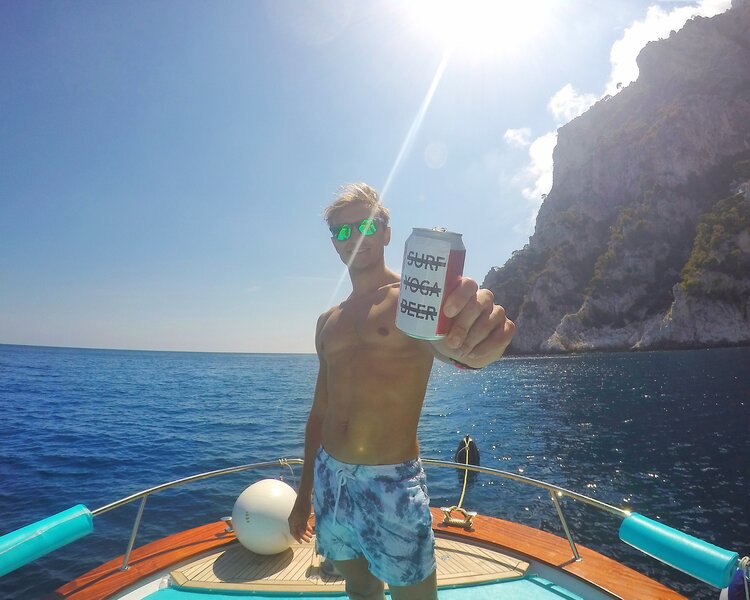 Grab a few bottles as you land and see what you think. As a traveling beer fan in Greece, much fun awaits.