Goat yoga, or Goga...you’ve heard of it, you’ve seen the cute Instagrams, but why should you actually try it? Do baby goats actually make for a better yoga practice? And how the hell did this unique workout trend even become a thing? You have the questions, we have the answers. 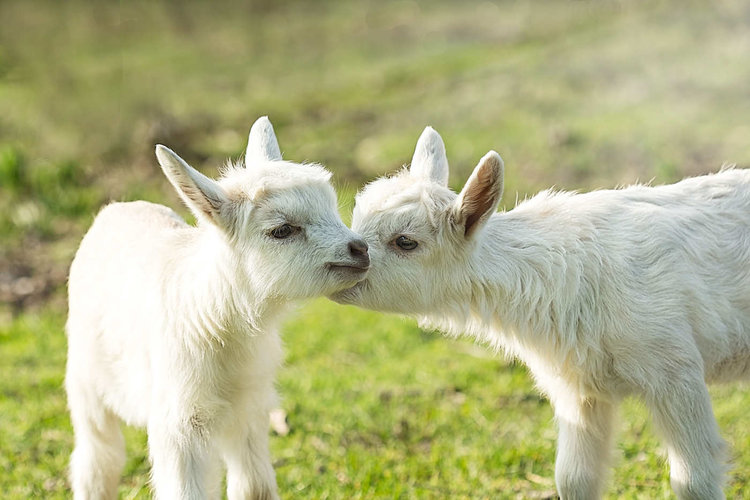 HOW DID GOGA BECOME A THING?

Lainey Morse, the creator of the first goat yoga class, was inspired to combine goats and yoga after she was diagnosed with Sjogren's syndrome, an autoimmune disease that affects the lungs and brain. She says that goats she was raising on her farm helped get her through it. "Spending time in my field with my goats was just such therapy for me. It's really hard to be sad and depressed when you have baby goats jumping around you," she says. She then started hosting Goat Happy Hour, “that was basically people coming over who were stressed or sick,” she explained, “and the goats would help people forget about everything.”

People seemed to love hanging out with the goats, so she launched her first goat yoga class. And in a matter of months her goga practice had a waitlist of thousands of people. 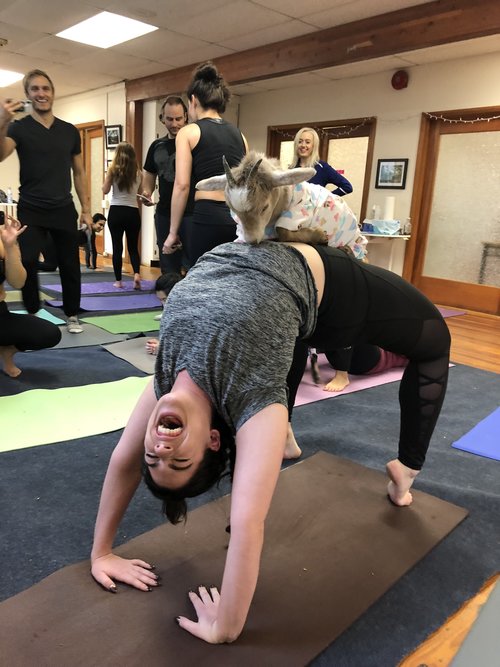 DO GOATS ACTUALLY MAKE FOR A BETTER YOGA CLASS?

Turns out goat yoga is way more than just a cutesy hipster thirst trap, and it has real health benefits. Animal therapy has been medically proven to increase serotonin, dopamine, and oxytocin levels (aka the brain’s happy chemicals) in humans. So if you take all the physical health benefits of yoga and add in cute animals, it turns out to be the ultimate stress reliever. Goats are carefree, kind-hearted animals that are sure to make you smile, and according to the most heartwarming bit of research, goats like it when you smile at them (I MEAN COME ON!) So come for the ‘gram, stay for the healing.

WHY SHOULD I TRY IT? IS IT ETHICAL?

If you’ve ever seen a baby goat, with their tiny noses and velvety ears, you wouldn’t need to ask that question in the first place. Baby goats, aka kids, are naturally goofy and curious, and they LOVE to interact with people. So yes, goat yoga is perfectly ethical and just as enjoyable for the goats as it is for the humans! In the day-to-day hustle, we can completely lose touch with earth and all the lovely creatures that inhabit it. Goats are awesome, non-threatening, and beautiful animals. It's time to make their acquaintance, and sign up for goga!