How did you get involved with SurfYogaBeer?

I got involved with SurfYogaBeer because my brother was a leader [in Nicaragua] about five years ago. The photographer they had [originally hired] cancelled, and my brother said to [the team] that I was a photographer. He called me, asked how I felt about going drinking and taking photos for [a week in Nicaragua], and I’ve been going on trips ever since. I work mainly in the fashion space doing editorial work. Going on that first trip, I just really enjoyed SurfYogaBeer’s ethos and ideals behind making people feel good about themselves through working out, yoga, and partying right along with it. It was a nice break for me from being in the studio, and instead shooting people, real regular people, and helping them feel good about themselves. I always hear people say things like “I hate being in front of a camera, I hate how I look in pictures!” That’s because your friend is taking a shitty photo on an iPhone. I love taking photos here because everyone feels good about themselves, no matter how you look, your size, or who you are. I’ve had so many people tell me they feel comfortable in front of a camera now! I’ve gone on trips with people who know me and don’t, and they realize “well if someone else is comfortable [in front of a camera], then I should be.” The team is great, “don't think just do” is such a great motto, and being around different people, in a different atmosphere, is so special. SYB is a bit of an escape for me, as well as it is work, and I love doing it.

What is your favorite SurfYogaBeer trip?

Cuba! Cuba was amazing because I’d never been and it was on my bucket list of places to go to. That was definitely one of those trips where the 32 people on it were instantly friends. I became friends with people that I am still good friends with to this day, and that was like, 4 or 5 years ago. Just being around Cuba’s culture, its beauty, and the people was really special. I ended up staying an extra week on my own. 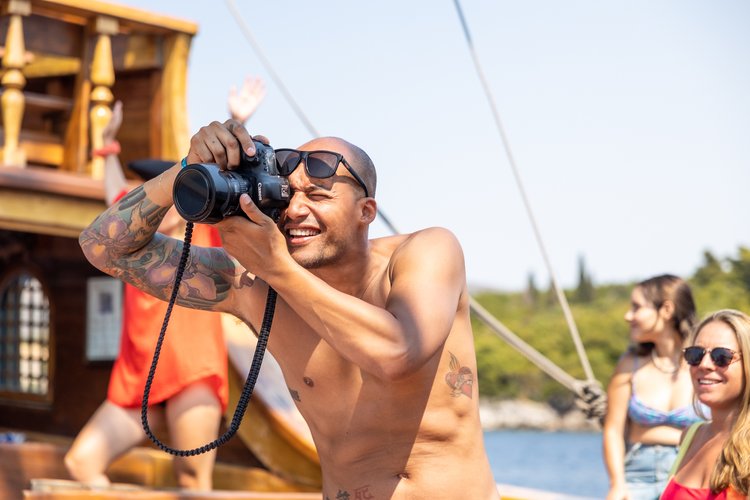 What did you binge watch over quarantine?

I rewatched The Sopranos and Breaking Bad!

What is your favorite chain restaurant?

Cheesecake Factory! And I order the dessert before the food.