Iceland is ideal for running, as the trails are plentiful and the scenery is spectacular. Running is a popular sport here and many people come from all over the world to enjoy Iceland’s pristine beauty and unique environment, shaped by ancient and current volcanic activity and other natural forces.

I took up trail running after starting a family and having less free time for hiking and spending time in the mountains. Here are my top eight reasons why Iceland is an amazing trail running destination: 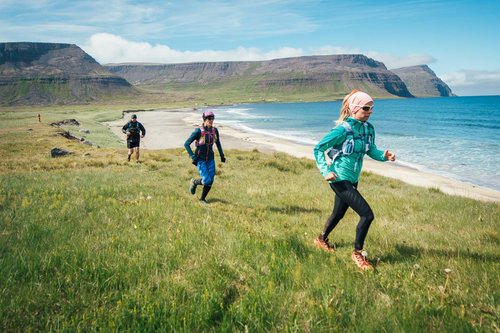 1. TEMPERATURES ARE IDEAL FOR RUNNING

The weather is rarely too warm and most of the time very refreshing. Iceland’s average temperature in summer is 10°C, and often there is a cool breeze blowing. This is because Iceland is situated by the Arctic circle (between 62° and 66° north) yet isn’t entirely glaciated (despite its name) except for parts of the Highlands.

2. OUR WATER IS PURE AND SAFE TO DRINK EVERYWHERE

Iceland tap water comes directly from the mountains and isn’t treated. And when you’re in the back-country, it’s not necessary to purify the water before you drink; rather, you can safely drink directly from number of streams along any running route.

Iceland’s environment is very clean and we even heat our houses with clean energy resources.

For example, most Iceland homes, swimming pools and greenhouses are heated with geothermal water pumped directly from underground, where it is naturally heated. As Icelanders, we take great pride in our eco-friendly practices and place great importance on protecting our island’s vulnerable landscape, which is why we have three large national parks, one of which is Vatnajökull National Park, covering 13% of the country, as well as many protected areas and nature reserves.

There is a lot of water in Iceland, and you may be surprised to learn that much of it is steaming hot. This is because one Iceland sits atop one the planet’s six geothermal “hot spots.”

The the underlying magma heats up all this water and gives us natural hot pools to soak in after our runs. The geothermal water comes directly from the earth and the ground underneath us to the surface, sometimes boiling hot.

In areas such as the Westfjords, Icelanders form small bathing pools from natural materials such as rocks and moss. The geothermal water bubbling up from underground is mineral rich and nourishing for the skin and body.

Very little of Iceland is inhabited by people. Which means that while trail running you, you rarely see any sign of human impact on the landscape.

One of our trail running tours takes us to Europe’s most powerful waterfall called Dettifoss. Other top trails for running take us around ancient or active volcanoes, such as Hekla, which erupts approximately every 10 years.

And one of Iceland’s most adventurous single track trails, Fimmvörðuháls, spans the distance between two glaciers, each covering an active volcano. One of them, Eyjafjallajökull, famously erupted in 2010 and disrupted flight traffic around the world for days.

5. ICELAND HAS NO PESTS OR PREDATORS

It may sound like a dream to be able to run anywhere in a whole country without worry about mosquitoes, bears or rattlesnakes, but it is possible in Iceland.

Apart from the occasional small midges, there is no wildlife here that can bite you. While mosquitoes lurk on both the East and West coast of Greenland, Norway, and the UK, they don’t settle in Iceland.

You can also have peace of mind there there are no ants, cockroaches, snakes, bears or lions in our country.

6. NO TWO RUNNING TRAILS ARE ALIKE

Every part of Iceland is different, thanks to being continuously shaped by nature’s most powerful forces including relentless winds, pounding waves, sputtering lava and powerful geysers. As glaciers scrape over the land and raging rivers cut deep valleys, every part of the country has its unique characteristics.

Enjoy the sound of the trail running shoe hitting different surfaces, such as fresh lava from recent volcanic eruptions, pumice from older volcanic eruptions, snow that doesn’t melt in summer time, vegetation such as grass and moss that has managed to cover older terrain, stones and birch-tree branches and black-sand beaches.

Feel like running all day? In Iceland you can, thanks to the continuous daylight during the summer solstice. In fact, for the entire month of June and into July.

Since you have all day –and all night– there’s no need to rush your pace. You know the feeling of being inspired on your run and you feel like running all day? Let the abundant daylight fuel adventurous runs during which you can explore off trail, or wherever your curiosity may take you. 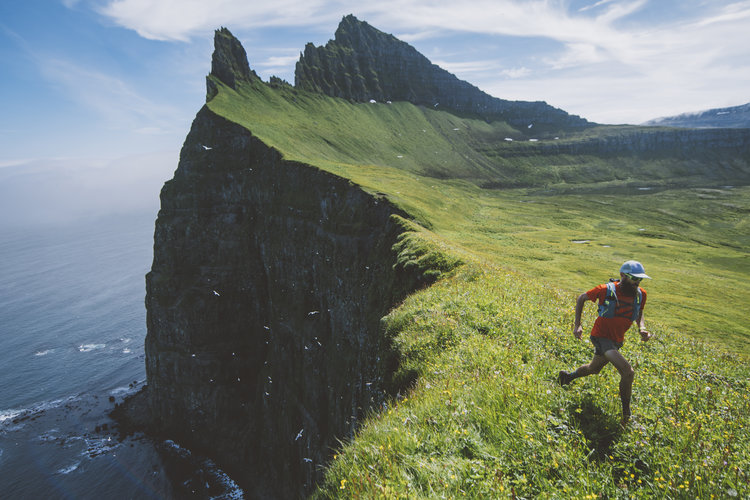 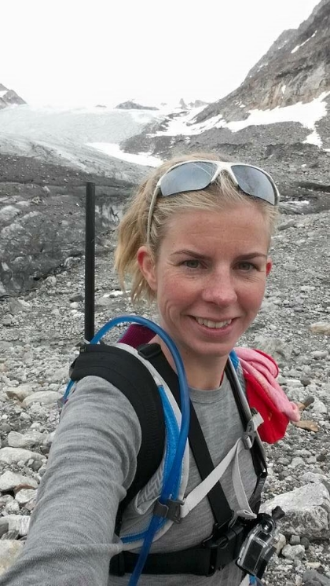 Inga Fanney is the leader for the SYB Iceland Adventure July 25-29, 2018. She was born and raised in Iceland and has been leading trail running trips all over Iceland since 2003.